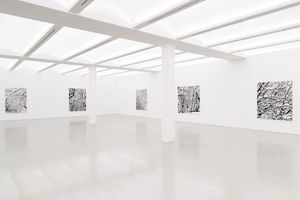 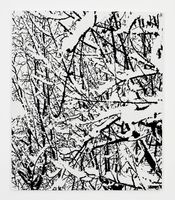 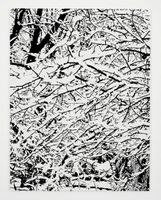 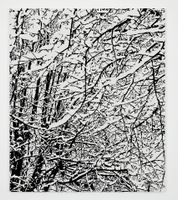 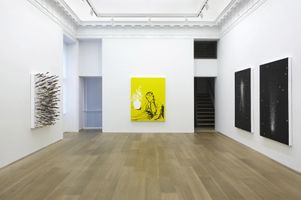 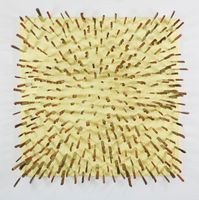 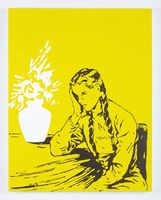 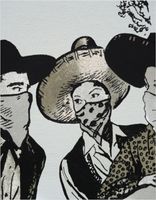 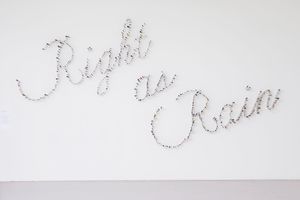 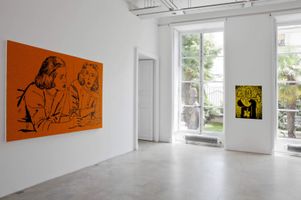 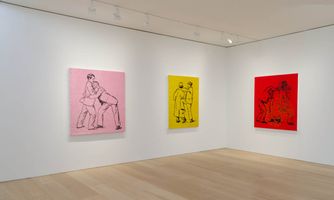 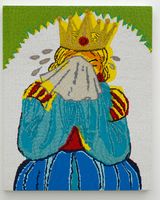 Born in 1963 in Shiraz, Iran (Islamic Republic of)
Lives and works between Tehran, Iran and Paris, France

Farhad Moshiri’s mixed-media practice spans painting, assemblage, and sculpture. Inspired by pop art and conceptualism, he has developed a profoundly hybrid aesthetics at the crossroads of the Middle East and the West. While he usually draws his motifs from American consumer culture (comics, advertising, pop music), he reinterprets them through equally clichéd traditional Persian craftsmanship. His embrace of delicate ornamental techniques, ranging from hand embroidery to calligraphy, offers an ironic and powerful contrast to his otherwise lowbrow visual references. His signature use of sparkly materials (beads, glitter, diamonds) further creates a palpable tension between the primarily figurative quality of his works and their inclination toward pure embellishment. Beneath its humorous and light appearance, Moshiri’s oeuvre takes on a slightly subversive dimension by touching upon his native country’s current transformation.

1 See David Mamet, Theatre, Faber & Faber, London, 2010.
2 Farhad Moshiri, ‘An Artified World: Interview with Jérôme Sans’,
in Farhad Moshiri, Ropac, Janssen, The Third Line and Perrotin, 2010.
3 During his stay at the California Institute of Arts, Moshiri spent some time with
John Baldessari, whose pioneering methods of accumulation, archivation, and
language use were to have a lasting influence on him.

Silly you, Silly me