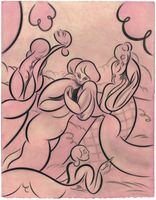 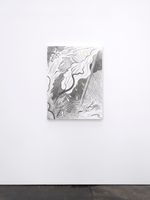 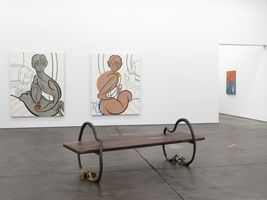 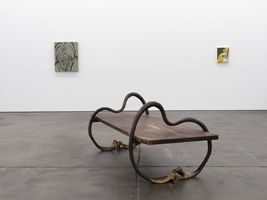 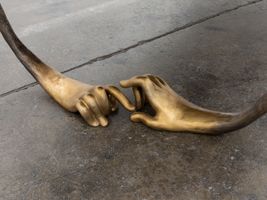 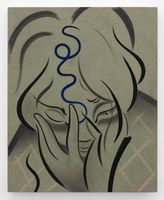 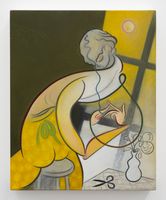 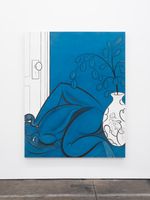 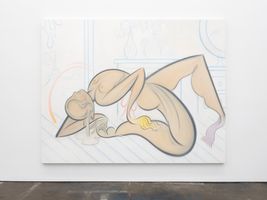 Born in 1981 in Lansing, Michigan, USA
Lives and works in San Francisco, USA

Koak creates emotionally charged portraits of figures invariably imbued with a sense of agency and inner life. Drawing on the visual vocabulary of comics, her work engages hierarchies of gender as well as form, interrogating commonly held cultural assumptions on identity and human nature. The exquisite technique for which Koak is known is expressed in beautifully effortless mark-making and demonstrates a rare type of generous and hand-made master craftsmanship.

It has been written on Koak’s paintings that: “Despite their graphic, comic-inspired style, [they] expand thematically far beyond the traditional boundaries of the medium as it has developed in the United States. Instead she draws on elements of Japanese and European animation in works that address societal expectations... Working much larger than comic-book scale, Koak makes expansive canvases in which her simple but expressive lines stand out against a muted, Disneyesque color palette. The [figures] she paints are deeply emotive, pushing…identity beyond the primary-colored narratives typically associated with the printed medium.”1

The figures which Koak portrays are “not often based on specific people, but always a portal to connect the universal to the individual.” As she elaborates: “My work stems from wanting to talk about the universal, or our shared external realities—ranging from the monumental to mundane—through an internal context. Because I think that through connecting these two things, we’re able to make the internal, or personal, universal again, while at the same time, maintaining its delicacy and nuance.

There’s a paradox there that I’m interested in, because when we talk about [something monumental], there’s a sort of simpleness to it—it becomes mundane through its universality, its frequency, its underlying presence in every single aspect of our lives, from our bodies…to thoughts, to love…and when we talk about something seemingly mundane, we are also discussing some of our greatest social issues, from gender roles, to class, to privilege. So my work is reaching for symbolic expressions of these themes, knowing they are universal, and hoping they’ll elicit the viewer into a conversation with their own extremely personal and lived reality and how these symbols tie back to our shared world.”

The bold line-work in Koak’s paintings and drawings—mirrored too in her sculptures, which often feature in her exhibitions—is to her “an homage to comics and an expression of love for its ability to communicate complex thoughts through nuanced simplicity.”

Koak has surmised, “Sometimes I think of line in my work as the tongue and tone of a piece…The line has the potential to become a window of impact I’m opening, in hopes that the viewer can follow it towards a recognition of their own experience. So much of art to me is about communicating beyond or across the black holes of dialog, and I think the ability to be easily ready while carrying the subtlest of tone makes the line one of the strongest tools we have to convey all the intensity of life that language cannot.”

Despite their graphic, comic-inspired style, Koak's paintings expand thematically far beyond the traditional boundaries of the medium as it has developed in the United States. Instead she draws on elements of Japanese and European animation in works that address societal expectations of women, in particular propriety and domestic labor. Working much larger than comic-book scale, Koak makes expansive canvases in which her simple but expressive lines stand out against a muted, Disneyesque color palette. The women she paints are deeply emotive, pushing female identity beyond the primary-colored narratives typically associated with the printed medium.

Through July 29th, our New York gallery and bookstore will be open Monday through Friday, 10am - 6pm.

We will be closed Saturday, July 2 through Monday, July 4 for the holiday weekend, reopening on Tuesday, July 5th with our normal summer hours.