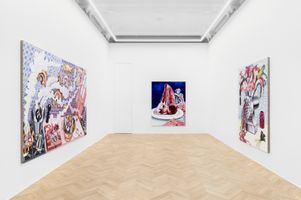 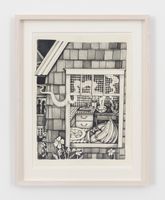 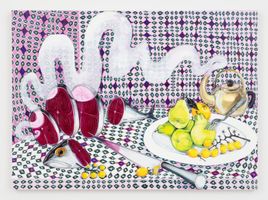 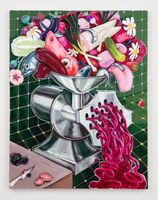 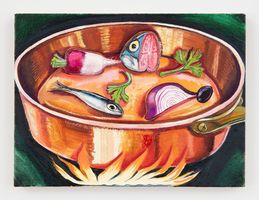 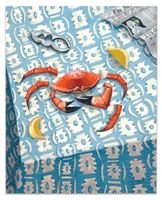 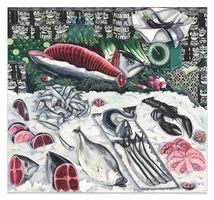 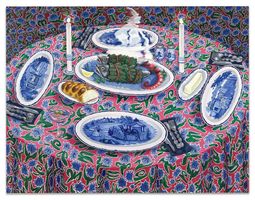 Nikki Maloof’s paintings depict the world hidden within the mind. Imagined interiors, and animals become proxies for the human experience. Her subjects convey existential loneliness, but that loneliness is buoyed by humor, capricious paint handling, and the use of a saturated palette. A squiggle depicting ground meat, a cat’s meow being mistaken for a howl, or a comically disillusioned fish being filleted before our eyes, all draw the viewer’s attention to the melancholic and at times brutal tone of the imagery.  At the same time, the paint handling and colors attempt to undermine the dark nature of these images all together. This self-defeating melodrama points to an ambivalent view of existence, to a need to laugh and cry and even at once.

The paintings begin simply, often catalyzed by a basic formal painting idea. Maloof upsets familiarity and dodges cliché by treating areas of the canvas disparately, and by allowing patterns and textures to exist side by side.  Her painting process is a search for and then encouragement of the points where paint overwhelms subject. When this happens, time falls away and unexpected things are unearthed, things that are necessarily unplanned and unnamable, and that seem intrinsic to the material itself.

2020
B. Walsh, "Nikki Maloof's paintings will Satiate You," Forbes, December.